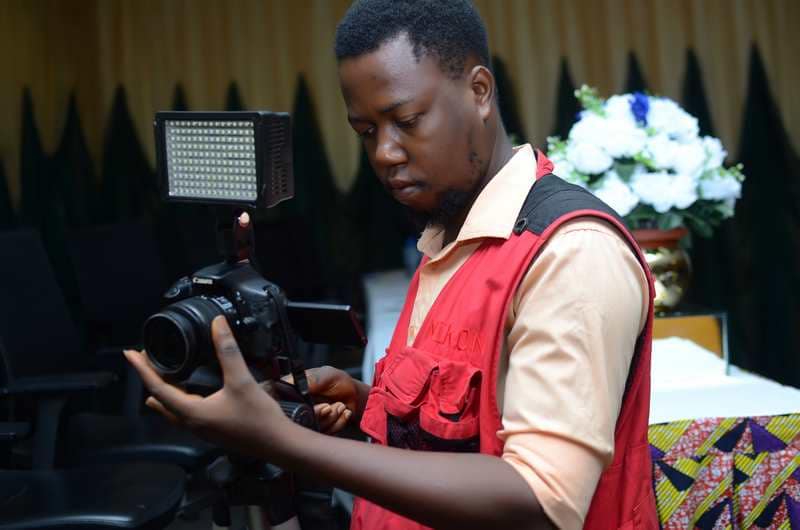 Oh, the demanding and important position of the Director of Photography! I want to give you in this article an understanding of what is a DP in Film? We can also see what a nice DP makes.

We would also discuss topics such as: is there a gap between a DP and a filmmaker? As an amateur, what are the typical errors? We are also going to look at several choices for good DPs and what they feel are crucial to this industry’s growth.

What Is a Director of Photography?

The director of photography, also known as the DP or the photographer, is the person responsible for designing the look of a film. A strong DP will improve the vision of the director and incorporate thoughts and innovations that the director could not have expected. It’s no accident that many directors and filmmakers have collaborated together frequently, such as Steven Spielberg and Janusz Kaminski or Spike and his NYU classmate Ernest Dickerson, who shot six of his films.

DP monitors everything that determines what the sensor is capable of recording (i.e. composition, exposure, lighting, filters, and camera movements). The director of photography is the head of the camera and the lighting department on the set and also chooses the equipment, lenses, and filters to be used for filming.

The Role of the DP

The first of The Matrix entered theaters on 31 March 1999. The film’s technological premise and breathtaking battle scenes blow the heads of people all over the world, rapidly forming a cult that cuts through all ages, races, and ethnic divides.

While many were swift to hail the film for its outstanding CGI (computer-generated imagery), it was genuinely a masterpiece of innovative cinematography, sound, and special effects.

DPs are technicians and designers all rolled together in a package.

In order to inject life into a plot, the DP takes imaginative and professional decisions about camera function, lighting, and shooting selection.

The DP collaborates with other production personnel, such as the grip and lighting department, the set dressers, and more, to offer a special look to the film and its scenes.

The 1987 film The Untouchables starring Robert De Niro as Al Capone and Kevin Costner as Elliot Ness was taken as a period picture. All the actors were dressed and stylized in line with the 1930s film era.

But to make the film look more like the 1930s, DP Stephen Burum wanted to shoot it in a brownish shade. To step up his use of color, Burum explained, “But you can subdue the color, so it doesn’t bounce on you.”

For this cause, Ness’s home camera color and police station were drab and muted to reflect the world of the policeman. But the colors became more vivid and silky in Al Capone’s surroundings, reflecting the opulence and strength of the 1930s.

When it comes to lighting for film, the DP will contact the director to understand what is required.

If the director wants a scene with two actors interacting around a fireplace, the DP may use colder and shaded lighting to give the viewer a heart-warming sensation.

But if the director wants a scene in the North Pole, the DP might use an ice-blue light to represent a freezing setting.

In the 1972 film The Godfather, DP Gordon Willis was presented with a peculiar dilemma. He had to match the lighting between the overall mood of the film and the scenes of the actors sporting intense make-up.

Willis told the biographer, “I knew that if I only held light directly in front of him (actor Marlon Brando), the influence of the makeup would be neutralized. So I had to come up with the kind of lighting that would be perfect not just for him, but also for the rest of the film.”

The DP would not usually operate a video camera. In reality, the International Cinematographers’ Guild (IATSE Local 600) specific agreement, or simply ‘setiquette,’ states:

“This work shall be carried out by the camera operator in the operation of the cameras.”

The Director of Photography instructs the camera crew on how to film a scene in order to get the optimum view of the director.

To do this, he will select the number of cameras to be used, their location, and their movement.

DP Bill Pope has joined up with CGI expert John Gaeta for The Matrix. They prepared ahead of time and installed 2 motion picture cameras plus 120 still cameras on a rig set up around Keanu Reeves and a green screen backdrop.

They have used a laser pointer device to guide the height and orientation of the cameras. Coupled with some smart CGI, they built the jaw-dropping “Neo’s Ball Time” scene.

In production settings, the director is generally the ‘plot geek,’ while the DP is the ‘pic geek.’

The Director of Photography, in cooperation with the Director, chooses the images that better represent the atmosphere and sentiment of the scene.

For eg, if the director thinks he wants a set-up sequence, the DP would recommend an intense broad shot to represent the character’s surroundings.

However, if the director wants an intense sequence, a medium close-up shot can be recommended by the DP. It is a clip from the middle of the chest upwards, underlining the character’s facial features and body language.

Right: DP Dave Insley produces a shot using an ‘underslung’ Lampda head that allows the camera to be mounted under the dolly arm for a close ground-level view while retaining the mobility of the dolly.

David Insley, the DP for several episodes of the 2002 HBO TV series The Wire, explained this strategy further: “The producers agreed early on that this could not be a kind of Steadicam presentation. It’s all been planned from the very beginning to be a classic long lens presentation. There was a lot of handheld in the first season, but it developed into a long, dolly-looking scope.”

That meant that much of The Wire’s shots had the camera in motion, giving the viewer a sense of smooth gliding-by the actors.

Obviously, the work of the DP surrounds everything he/she does before, after, and after the film has been made. It’s an important part of the process, from script to screen.

No DP, no movies!

Being a DP isn’t just about taking beautiful images, it’s about conveying a message.

Let’s assume you’re an Englishman watching a Chinese movie where the characters speak Mandarin or Cantonese. You’re not going to comprehend what’s being said, no matter how much they speak.

But you’re going to understand sorrow, love, rage, and even very abstract ideas, just by seeing the well-crafted images in the film. That’s how critical the DP is in the production process.

In reality, it is the collective effort of the director, DP, writers, and other film crew that ensures that audiences are attracted to the theatre. This is a team game.

DP Michael Benson of the 1999 film Universal Soldier: The Return said, “They (DPs) are the biggest reason why audiences are offering hard-earned money to be entertained.

And, if not for the skill and experience of filmmakers, there will be no way to transform the words of a writer into photographs for all to use.”

In short, there’s no movie without a DP.

Stuff that every filmmaker needs

The director of photography is a visually artistic yet technical job, and a large staff must also be handled comfortably. There are several qualities that the filmmaker should have to succeed:

What is a film DP – an inference

In short, the DP is like a painter in front of a portrait who just knows how to look (the actor).

The guide (director) wants the painting of the model to come out in some way, but he doesn’t know how to paint. The painter (DP) uses the director’s knowledge to select the colors and background.

His strokes of brush and light carry out the best characteristics of the model. His perception of light and color often dictated the mood and sound of art. Any of this function is performed by the DP. 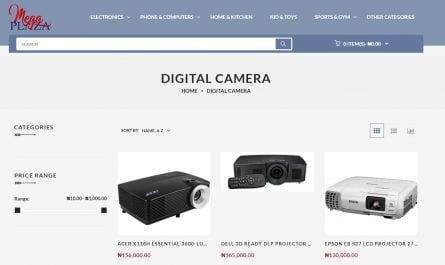 Camera Shops in Lagos: New And Used Camera For Sale 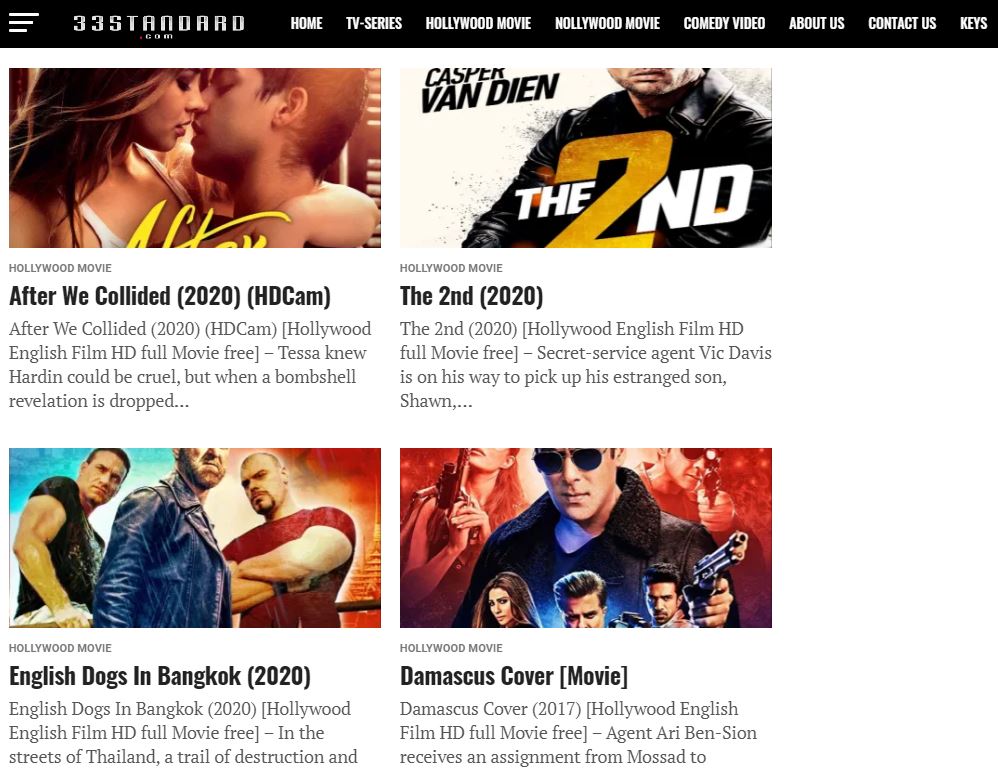