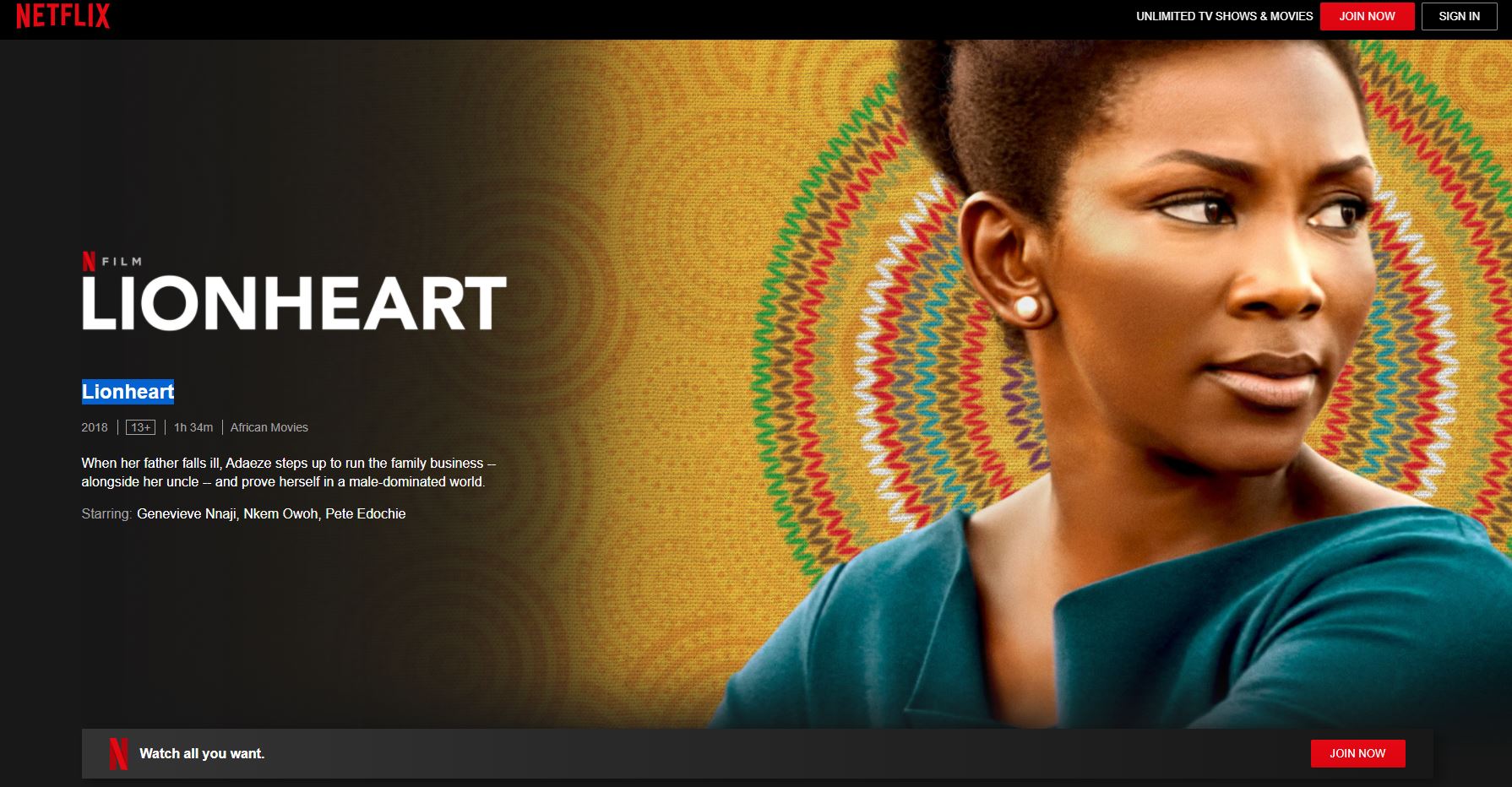 Choosing the right and most interesting Nollywood movies on Netflix can sometimes be difficult. Going through all the movies can be a problem most people can’t afford and ask for recommendations from friends. Well, that’s normal.

I was there too, don’t worry, the much-anticipated weekend is just around the corner. Relaxing during the holidays, you can enjoy our top 10 Nigerian movies on Netflix.

Netflix has been gradually building its own collection of Nollywood movies in recent years; the Most notable Nigeria s Nollywood movie, October 1 by Kunle Afolayan and Biyi Bandele’s Fifty 2015. Then in September 2018, Netflix acquired the first actor Genevieve Nnaji Lionheart – starring Pete Edochie, Nkem Owoh and Genevieve Nnaji himself – making it the first Netflix film made in Nigeria.

However, I have a list of the top 10 films on Netflix that you can enjoy watching with friends this weekend. Movies selected based on number of views, ratings and reviews.

Lionheart is the first Nollywood movies on Netflix, produced by Chinny Onwugbenu and directed by Genevieve Nnaji, who was also one of its stars. The play follows the plight of a woman who runs her father’s company after his unexpected death. She goes through the grief and turmoil of being the manager of the most sought after company in the sexist industry.

This popular comedy-drama is about a billionaire businessman, Chief Beecroft, who is more helpful than anyone living in a large family of relatives, housekeepers, and various wives – until he suddenly died. Who is the next of kin, and who will inherit his great wealth? One thing is certain: there will be a serious fight over his wealth. 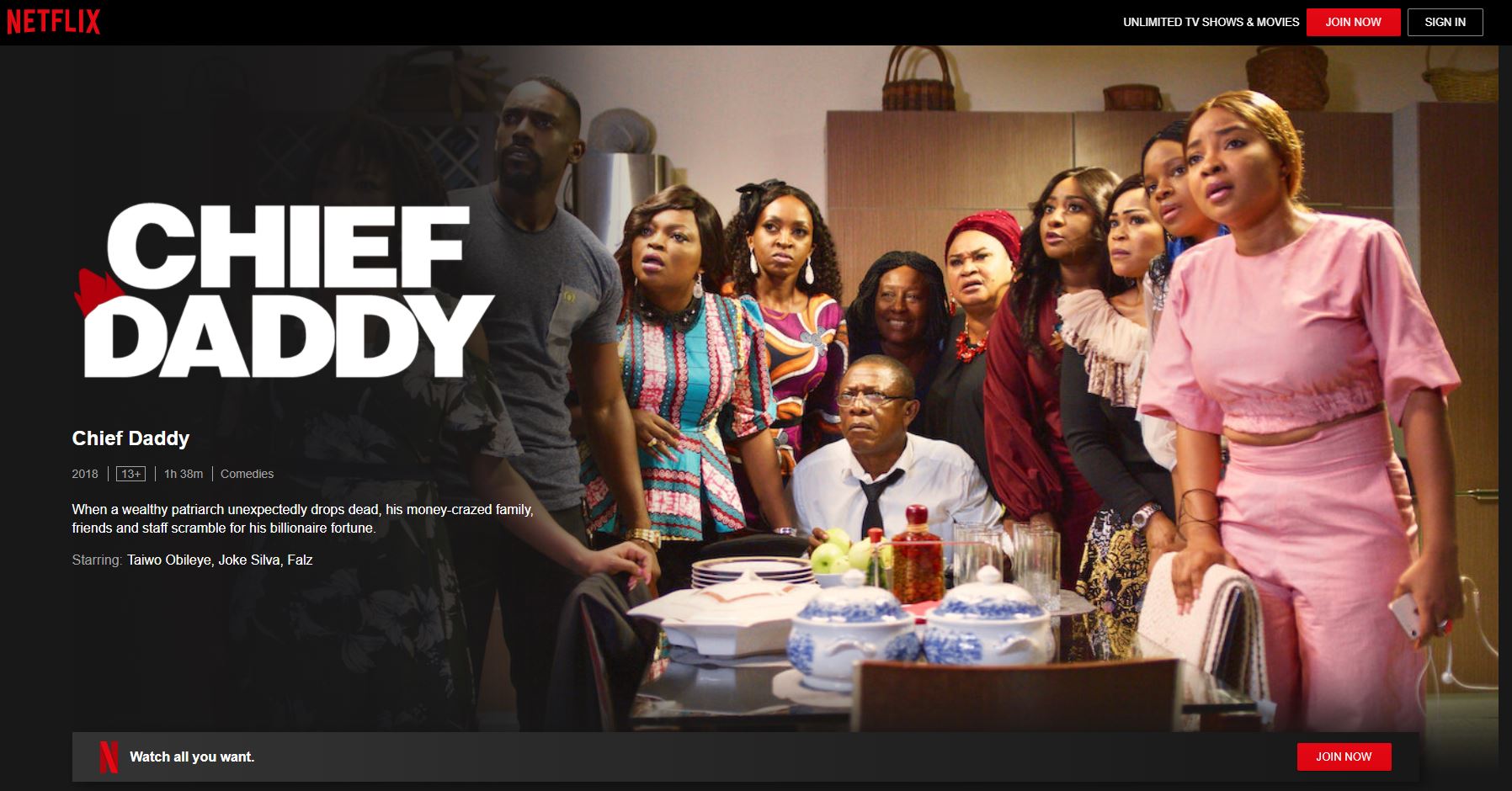 Organized in Colonial Nigeria. October 1 tells the story of police officer Danladi Waziri (Sadiq Daba), who was transferred from Northern Nigeria to the remote town of Akote in the west of the country. He must run to catch the killer who is killing local women in the area before the Nigerian flag is hoisted on October 1. Nigeria’s Independence Day. 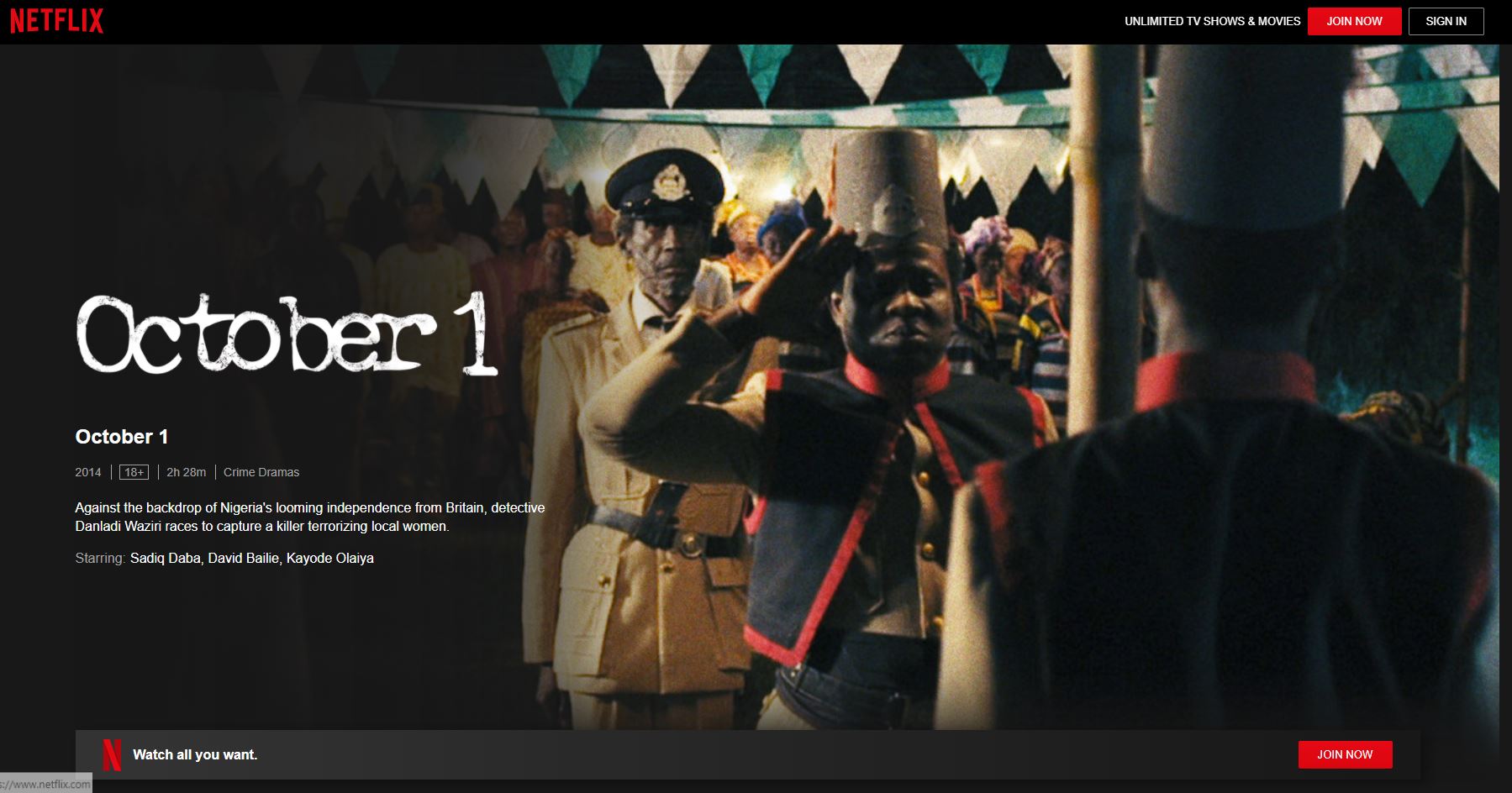 The King of Boys sees director Kemi Adetiba together with Adesua Etomi to tell the story of the powerful businesswoman Alhaja Eniola Salami(Sola Sobowale), whose political ambitions are undermined by the underprivileged. The power struggle that followed could cost her everything. 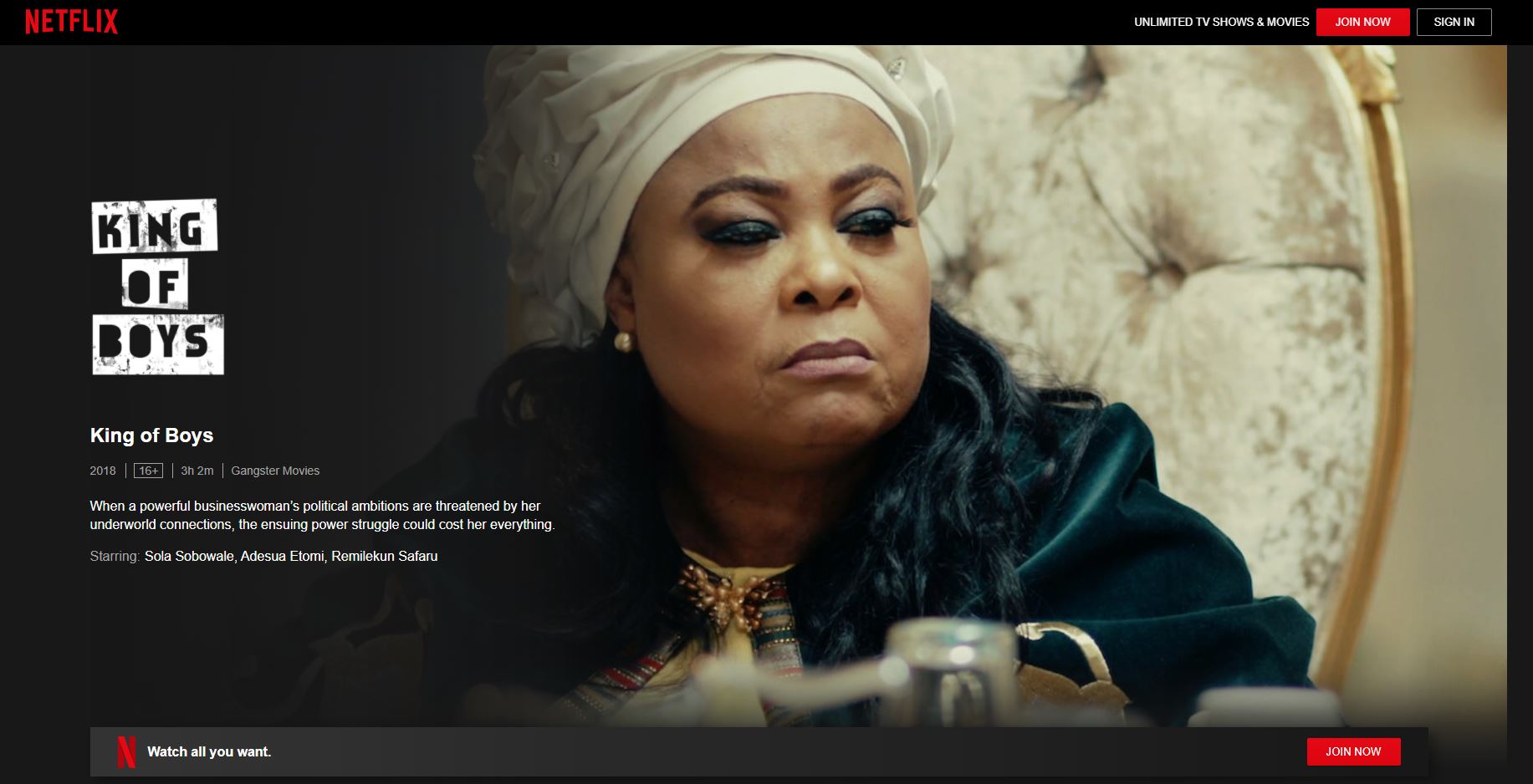 Directed by a mysterious rich man, a young man with ambition faces a dilemma as his height draws him to the depths of spiritism. 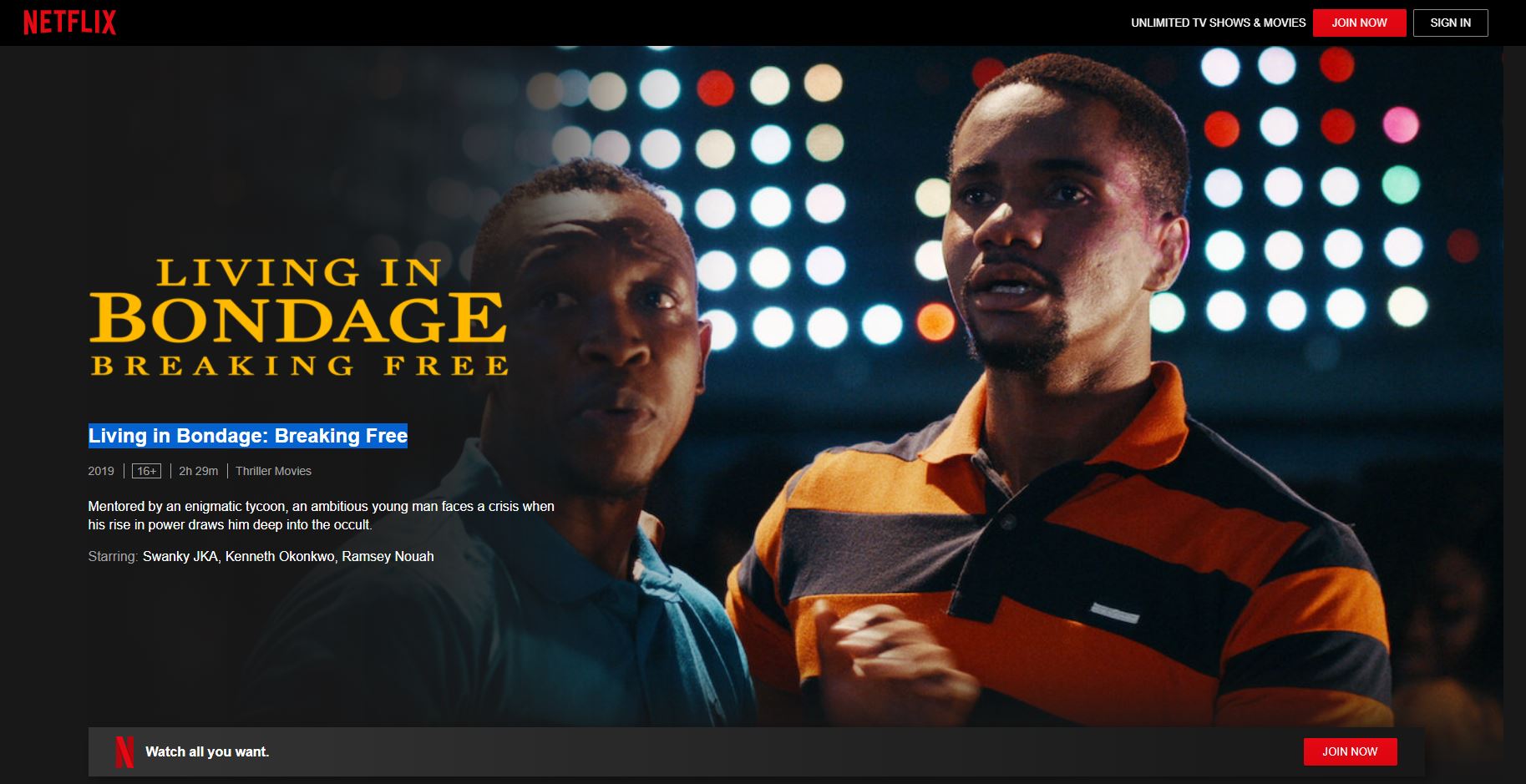 To show the secret snippets of the Nigerian scams. This grossing Nollywood movie, the Nigerian Prince is full of suspicious drama telling the story of Eze. Eze is a stubborn Nigerian and American man who had to commit a crime to return to the US after being brought to Nigeria against his will.

Courtesy of  “Nigerian prince” e-mail scam, one of the longest-running scam on the Internet, the film entertains with drama and full suspense about criminal act committed in part of Nigeria. 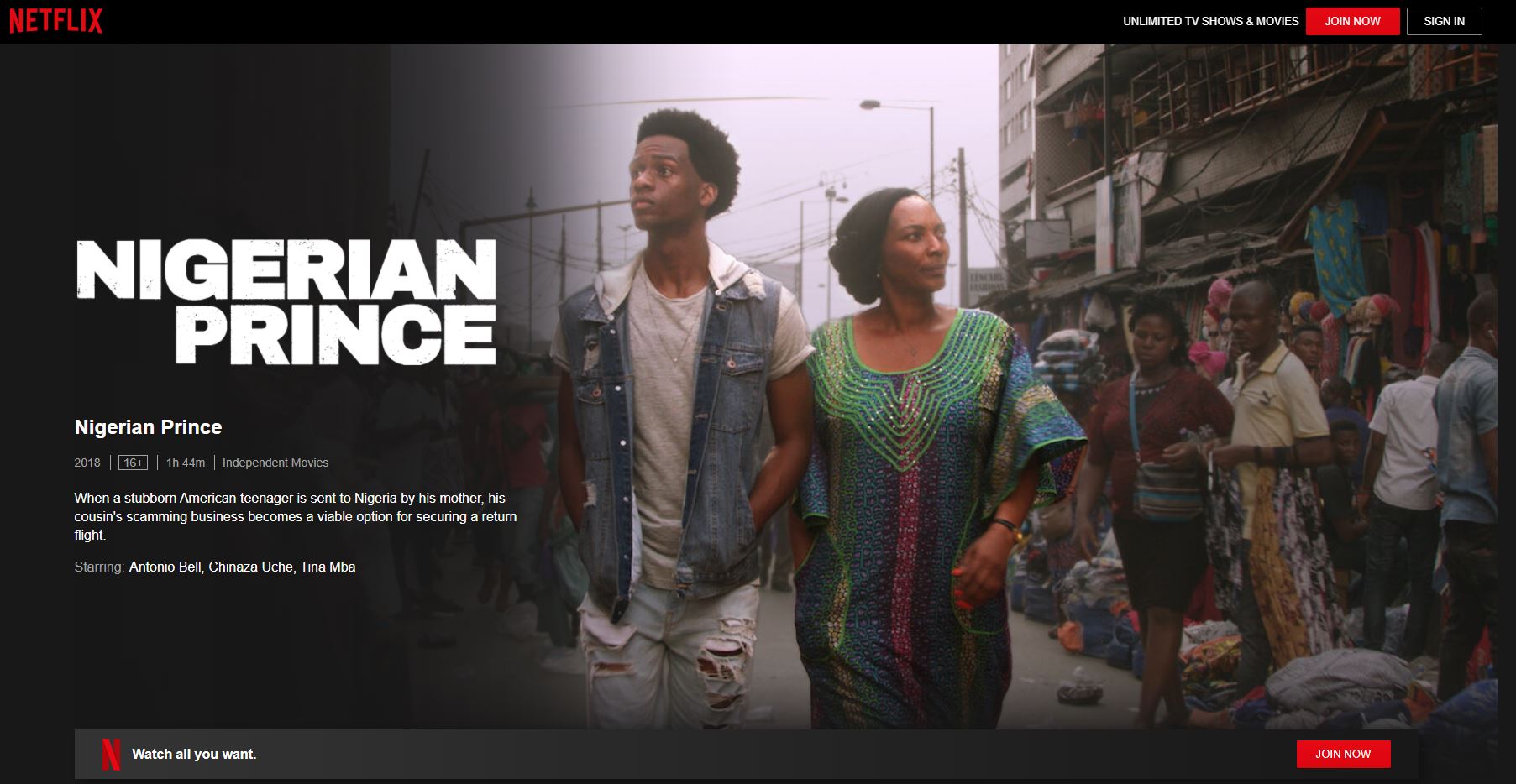 A romantic comedy about a couple who will be getting married and the class is fighting for a high-quality bridal wedding. The future bridegroom Victor (Bovi Ugboma) thinks marriage should be easy, but Nicole (Ini Dima-Okojie) has other ideas. 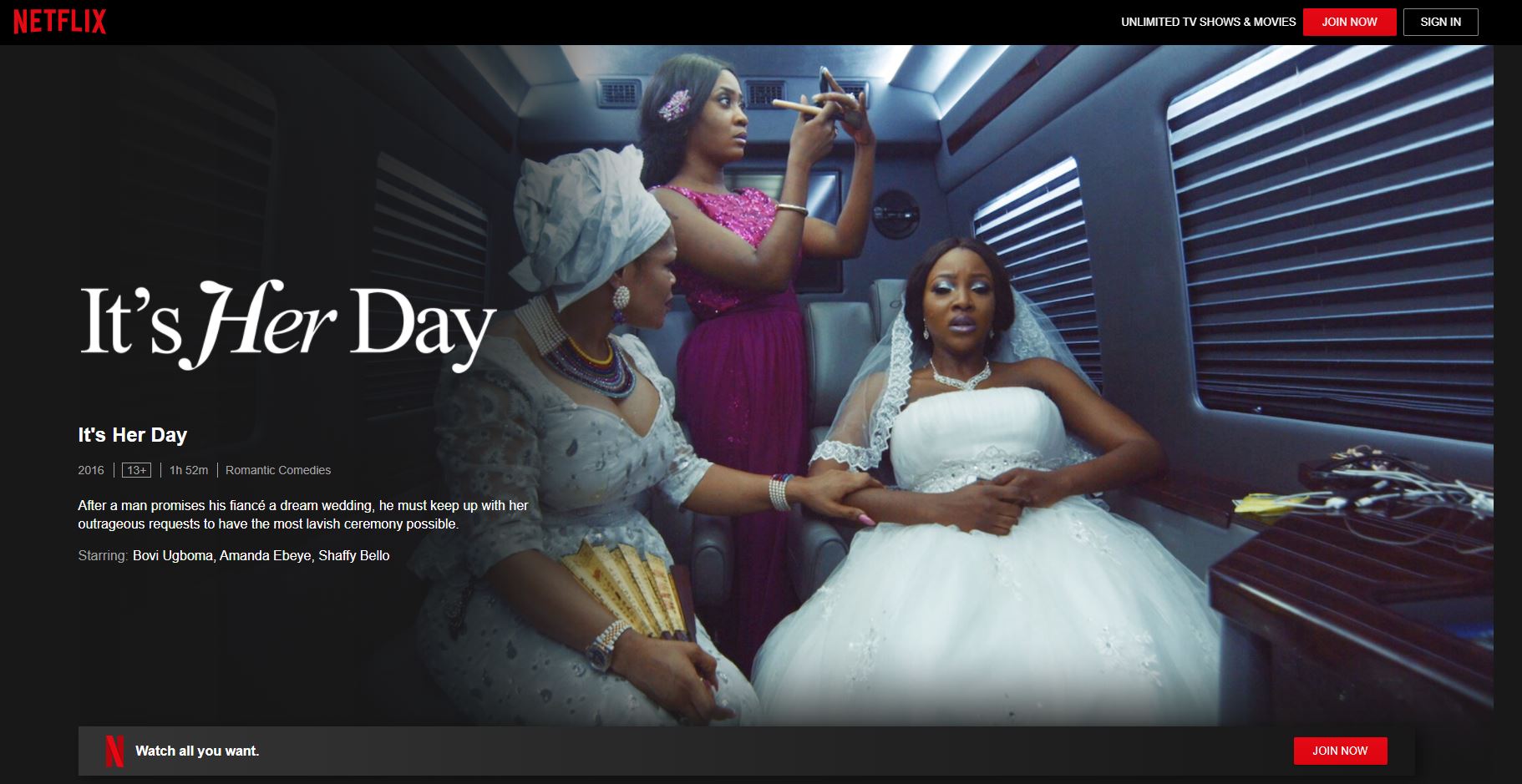 Nigerian drama The Governor relies on the life of Angela Ochello (Caroline Chikezie), Deputy Governor of the Savannah Region. After the death of the emperor, Angela must take her place constitutionally. This is the story of a woman who is struggling to find a place in the male-dominated world of politics while keeping her family united. 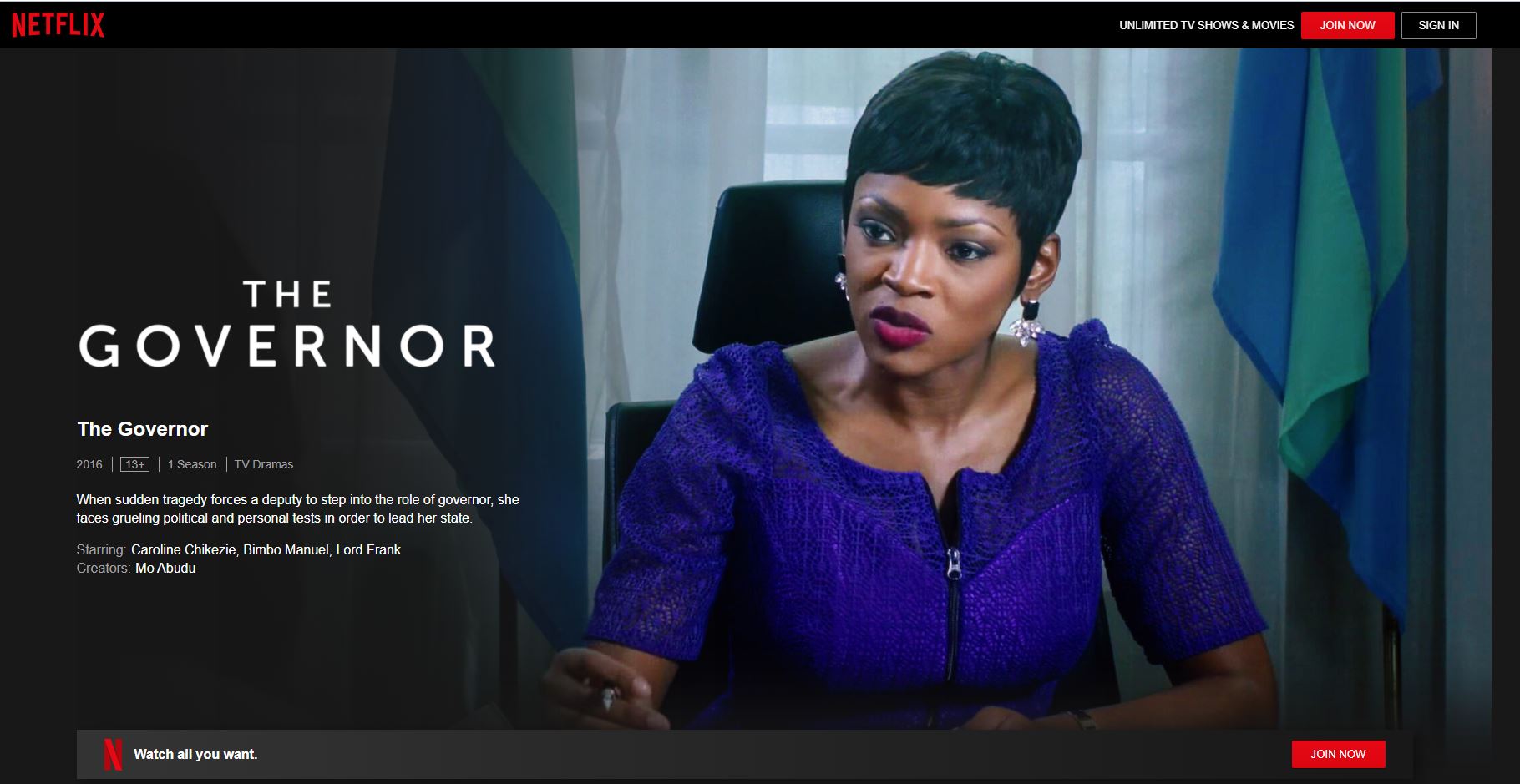 The movie is currently ranked 8th on Netflix which is the most-watched in Nigeria. Approximately 5.5 on IMDb and 100% on rotten tomatoes.

If you are looking for a romance movie this weekend, Black rose would be a good choice. The movie tells the story of Rose’s quest for love and good health without selling her dignity.

In a case where Mr. Right was less than perfect, Rose finds herself trying to make sense of the dark side her boyfriend has pushed her into. The movie is currently ranked five on Netflix which is the most-watched in Nigeria. About 55% of Nollywood reclaimed. 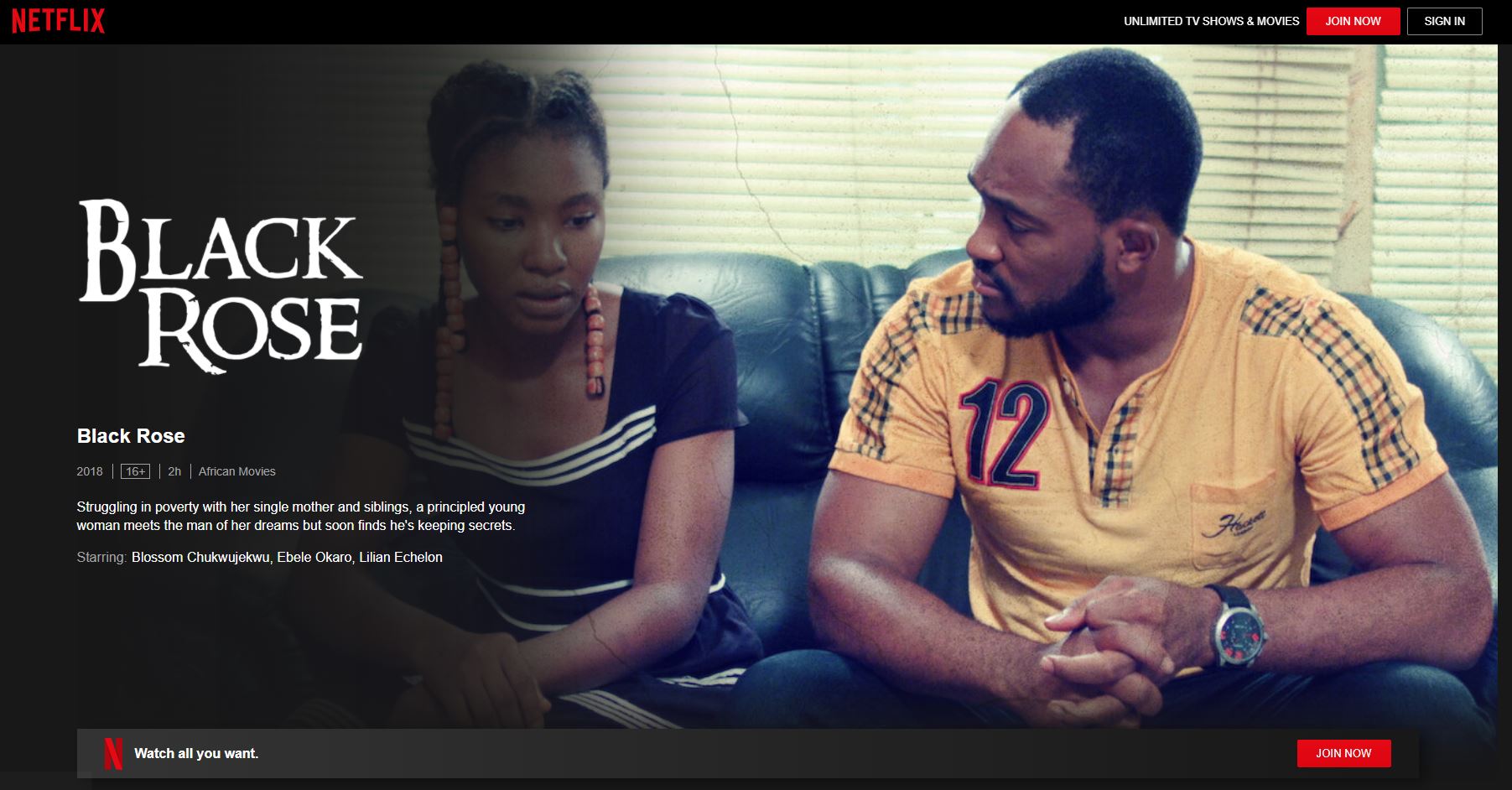 This rom-com has been the world’s biggest opening for any Nollywood film to date and has become the highest-grossing film in Nigeria until followed by The Wedding Party 2 (also on Netflix).

From the famous Nigerian filmmaker Kemi Adetiba, The Wedding Party is a humorous story that the lavish wedding of Dunni Coker (Adesua Etomi) and Dozie Onwuka (Banky Wellington) is completely out of line. Meanwhile Etomi and Wellington are now married in real life. 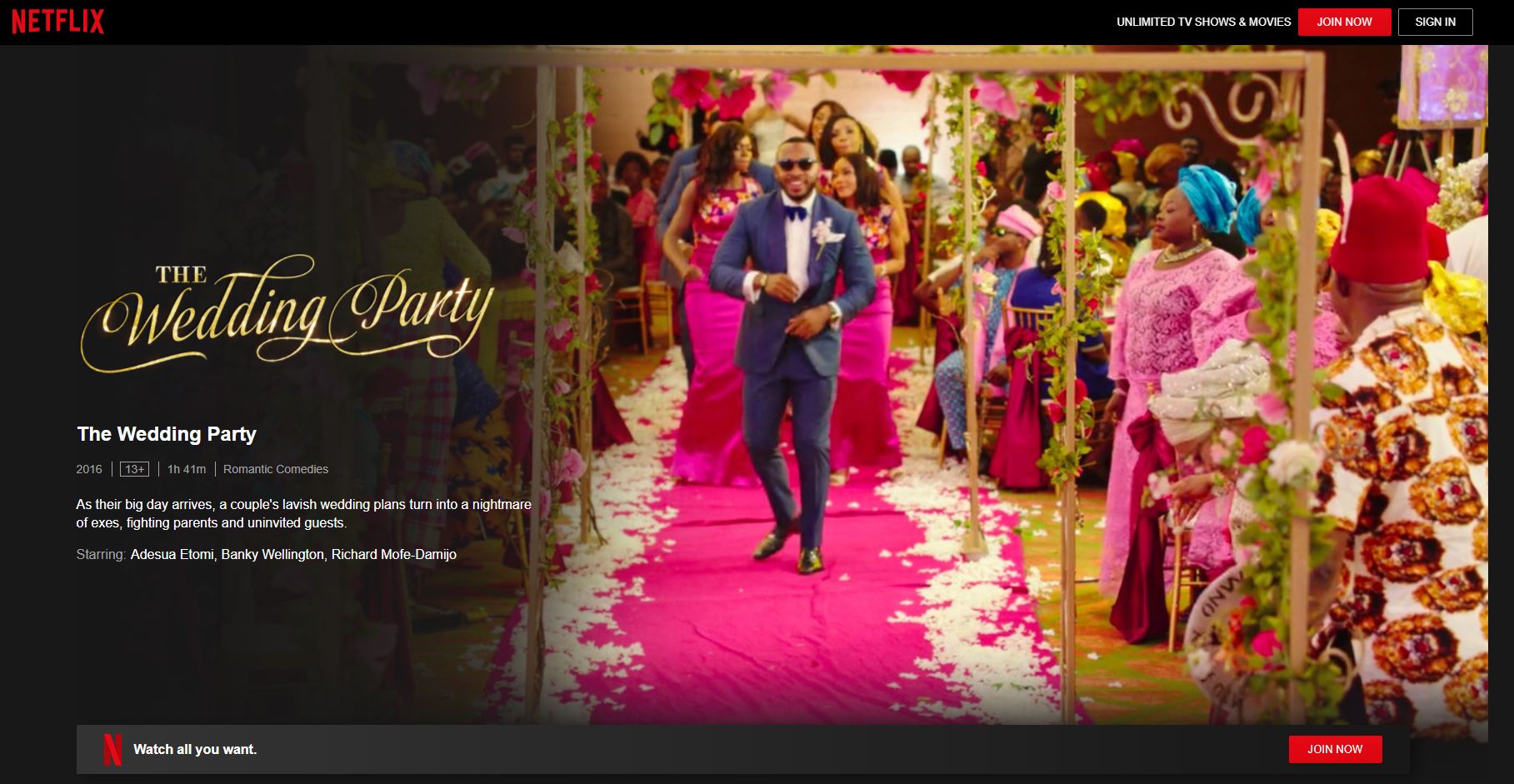 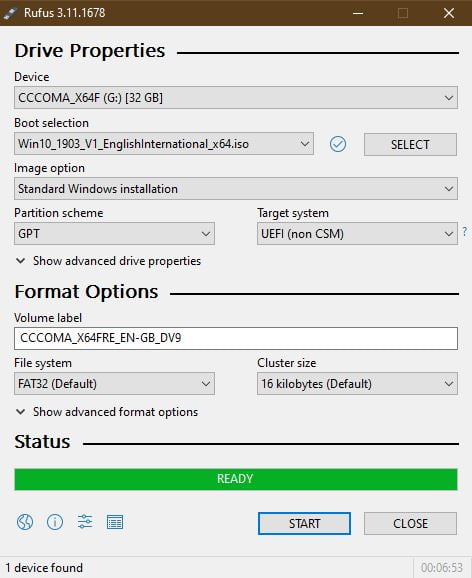 Rufus ISO to USB | How to Write Bootable .ISO images to USB drive 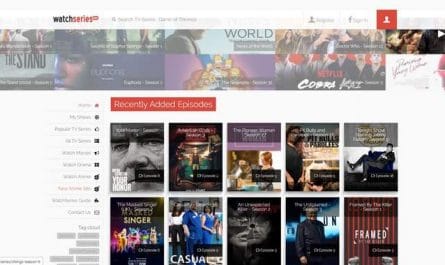 TheWatchSeries And It Best 10 Alternatives To Download Free Movies